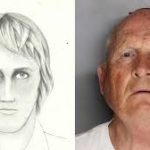 For decades, the “Golden State Killer” was on the loose. A man that had killed 12 people and raped 45 women across California from 1976 to 1986 couldn’t be found. Investigators had a genetic fingerprint for the suspect, but they had no clue who it belonged to. Until April of 2018.

Investigators were able to track the suspect through his family tree. They started searching the genealogy sites that are becoming increasingly more popular and finally found a match. The suspect was identified as Joseph James DeAngelo. But here’s the kicker, DeAngelo’s information wasn’t actually in the system. But a distant relative of his was and their DNA partially matched the evidence found at the crime scene. From there, police were able to use traditional investigation techniques to narrow down their genepool even more and that led them to a 72 year old DeAngelo.

If DeAngelo ends up being the notorious Golden State Killer that’s been on the run for decades, then this will go down in DNA history.