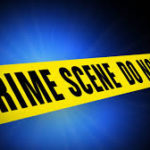 Thanks to the constant advancements made in technology today, victims from unsolved murder cases of the past are finally getting some justice. Today, we are taking a look at a homicide that took place in 1995 in Utah.

Krystal Lynn Beslanowitch was only 17 years old when she was found bloodied, naked, and lying face down in the rocks on December 15, 1995. It was unknown at the time, but it would go on to take 18 years for her killer to be arrested and tried for her death.

The initial case went on from 1995 to 1997 but ended up closing when the police department was unable to find any real leads. The case then went on to re-open in 2006, once new forensic technology was created and made it possible to collect DNA from the murder weapon (large, granite rocks) that were retrieved at the scene of the crime 11 years prior.

Two, full-time detectives were assigned to the re-opened case in 2008 while the technology continued to advance. After many tests, in January 2009, a match was finally discovered; the DNA belonged to Joseph Michael Simpson. Detectives would proceed to follow Simpson around and later were able to match his DNA when he discarded a smoked cigarette.

For over a decade, Simpson wasn’t even considered a suspect in this case, but due to the advance in DNA technology, Simpson was arrested in September of 2013, and the parents of Krystal were finally able to receive some closure.